International Biblical Apologetics Association
PrevPreviousWho is the Son of Man?
NextWho is the King in Psalm 2?Next 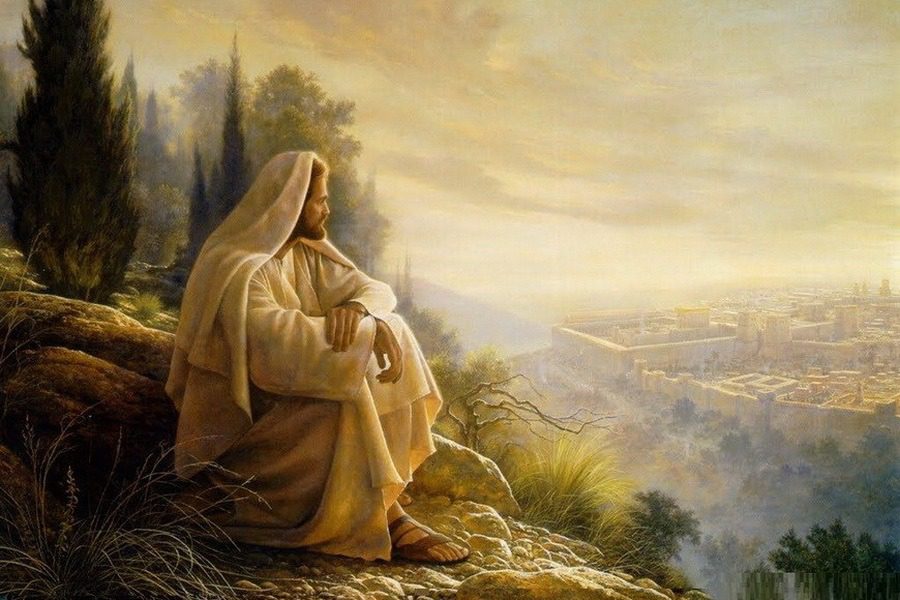 Did Yeshua the Messiah (Jesus Christ) ever claim to be God?

Did Yeshua the Messiah (Jesus Christ) ever claim to be God? Or, did His followers sensationalize Him and ascribe to Him divine attributes? Do we worship a glorified human being or the true God? These questions have been debated at various theological councils throughout church history. I will just try to briefly address these questions in this article. The Gospel narratives don’t focus on Yeshua’s childhood but rather on a few years of His ministry climaxing with His death and resurrection. However, they do mention Yeshua’s early awareness that His true father was God, not Joseph. Luke tells us of an episode when at the age of twelve, Yeshua stayed behind in Jerusalem while Joseph and Mary had set on their journey back to Nazareth upon the completion of Passover. As His earthly parents returned to Jerusalem searching for Him, they found Him in the Temple. Yeshua was sitting surrounded by religious leaders, listening to them, asking them questions, and teaching. When questioned by His worried parents, Yeshua replied: “Why were you searching for me? Did you not know that I must be in my Father’s house” (Luke 2:49). It is unlikely Yeshua was expressing merely religious reverence and loyalty to God by calling Him “His Father.” Rather, it is more likely that Yeshua was demonstrating His full awareness of divine Sonship. Yeshua’s declaration of His unique relationship with YHWH (the sacred name of the God of Israel) is evidenced by God the Father proclaiming Yeshua’s Sonship: “And a voice came from heaven, “You are my Son, the Beloved; with you I am well pleased” (Luke 3:22).

The New Testament tells us that Yeshua’s disciples were not all and always convinced of His divinity despite Yeshua’s preaching, healing, and deliverance ministries. They were puzzled why Yeshua wasn’t in a hurry to publically proclaim His divinity, but occasionally told them to keep silent about His Messianic identity: “He [Jesus] said to them, “But who do you say that I am?” Simon Peter answered, “You are the Messiah, the Son of the living God.” And Jesus answered him, “Blessed are you, Simon son of Jonah! For flesh and blood has not revealed this to you but my Father in heaven… Then he sternly ordered the disciples not to tell anyone that he was the Messiah” (Matthew 17:15–20). So, why did Yeshua often conceal His divinity? Did He ever claim to be God in the first place?

Once Philip pleaded: “Lord, show us the Father, and we will be satisfied” (John 14:8). Yeshua replied: “Have I been with you all this time, Phillip, and you still do not know me? Whoever has seen me has seen the Father. How can you say “Show us the Father”? Do you not believe that I am in the Father and the Father is in me? The words that I say to you I do not speak on my own; but the Father who dwells in me does his works” (John 14:9–10). Yeshua’s response not only revealed His divinity but also openly declared that He was the physical manifestation of the Living God who had been dwelling among His disciples. In John 10:30, Yeshua makes even a stronger proclamation of His ontological unity with His Father, the God of Israel: “The Father and I are one.” In addition, in the dialogue with the Pharisees, Yeshua makes an astonishing blatant statement that He is YHWH, the everlasting “I AM”, existing prior to Abraham: “Your ancestor Abraham rejoiced that he would see my day; he saw it and was glad.” Then the Jews said to him, “You are not yet fifty years old, and have you seen Abraham?” Jesus said to them, “Very truly, I tell you, before Abraham was, I am.” So they picked up stones to throw at him, but Jesus hid himself and went out of the temple” (John 8:56–59). Yeshua’s proclamation of being ἐγὼ εἰμί (Greek: ego eimi), “I AM,” alludes to burning bush episode when God revealed to Moses the sacred name of YHWH: “God said to Moses, “I AM WHO I AM”; and He said, “Thus you shall say to the sons of Israel, ‘I AM has sent me to you’” (Exodus 3:14). The violent reaction of religious authorities demonstrates that Yeshua’s statement was received as blasphemy because it clearly asserted His divinity and equality with YHWH.

I would like to highlight another incident where Yeshua was interrogated by the high priest prior to His crucifixion: “Then the high priest said to him, “I put you under oath before the living God, tell us if you are the Messiah, the Son of God.” Jesus said to him, “You have said so. But I tell you, from now on you will see the Son of Man seated at the right hand of Power and coming on the clouds of heaven.” Then the high priest tore his clothes and said, “He has blasphemed! Why do we still need witnesses? You have now heard his blasphemy” (Matthew 26:63–65). Yeshua’s response “You have said so” validates the charges made against Him by pointing out that the high priest has just pronounced WHO Yeshua was – the Messiah, the Son of God (Matthew 26:64). In addition, Yeshua alludes to Daniel’s vision well known in Second Temple Judaism as referring to the divine Messiah (Matthew 26:64). In Daniel 7, “One like the Son of Man” is given universal power to rule over the nations. Such unprecedented authority demonstrates His divine essence: “As I watched in the night visions, I saw one like the Son of Man coming with the clouds of heaven. And he came to the Ancient of Days and was presented before him. To him was given dominion and glory and kingship that all peoples, nations, and languages should serve him. His dominion is an everlasting dominion that shall not pass away, and his kingship is one that shall never be destroyed” (Daniel 7:13–14). Yeshua’s response so obviously proclaimed His equality with the God of Israel that it was received by the high priest as “blasphemy” (Matthew 26:65).

So, did Yeshua ever claim to be God? According to Scripture, the answer is definitely “yes.” At the same time, unlike carnal men, He did not seek fame, publicity, or acceptance of the society He lived in: “I do not seek glory from men” (John 5:41). His ministry was not self-seeking but focused on glorifying the God of Israel, atoning for the sins of the world, destroying Satan’s dominion, and manifesting the lovingkindness of YHWH. Yeshua always acted in absolute unity with God the Father. Therefore, He only preached what had to be said at specific times and settings appointed by God: “What I speak, therefore, I speak just as the Father has told me” (John 12:50). For that reason, at certain times He would publically reveal His divine identity, and at other times, He chose to conceal it.

Also, Yeshua knew His disciples would preach Him as the Lord of all creation after His resurrection. I’d like to highlight that the Gospel reached us today not because Yeshua’s disciples managed well to sensationalize Him and ascribe to Him divine attributes. On the contrary, the spread of the Gospel was made possible through the supernatural acts of Ruakh ha Kodesh (Holy Spirit). The Spirit of the God of Israel has been testifying of Yeshua’s divinity with signs and wonders. The Lord has been commissioning both Jewish and Gentile believers in the power of God to be witnesses and heralds of His truth and mercy: “But the Advocate, the Holy Spirit, whom the Father will send in my name, will teach you everything, and remind you of all that I have said to you” (John 14:26; see also Acts 1:8). Yeshua continues to reveal Himself to all who seek the God of Israel with humble heart and broken spirit: “If anyone loves Me, he will keep My word; and My Father will love him, and We will come to him and make Our abode with him” (John 14:22–23).